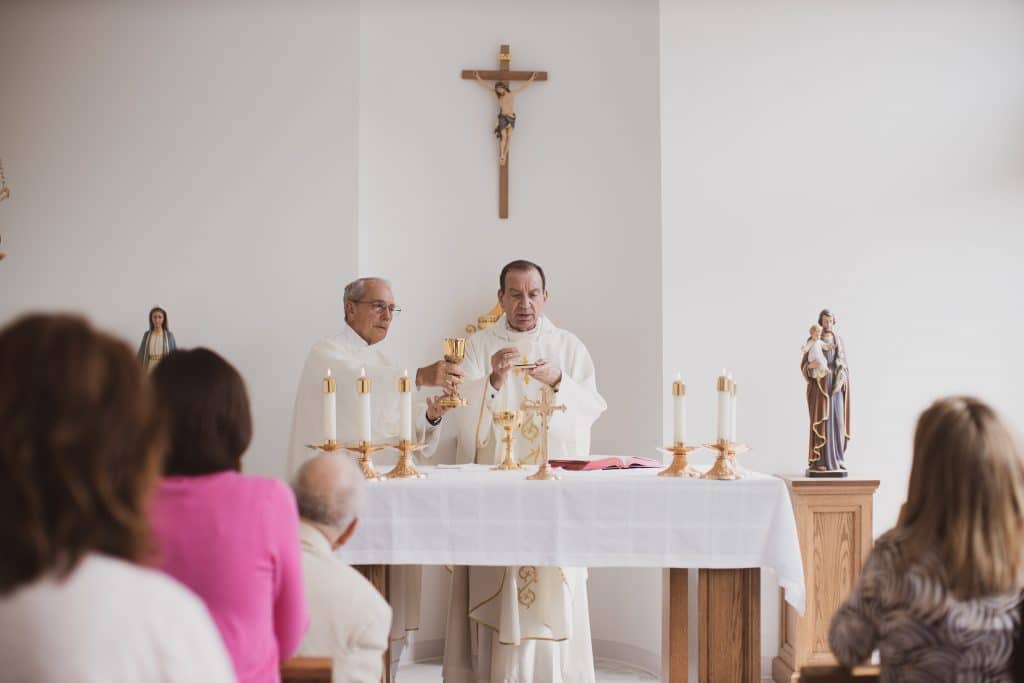 Archbishop Dennis M. Schnurr is the 10th archbishop of Cincinnati. A native of Sheldon, Iowa, he studied for the priesthood at the Pontifical North American College and the Pontifical Gregorian University in Rome, where he earned a master’s degree in theology in 1974, the same year he was ordained to the priesthood for the Diocese of Sioux City, Iowa. Known as Father Schnurr at that time, Archbishop Schnurr earned a doctorate in canon law from the Catholic University of America in 1980 and was named to the staff of the Apostolic Nunciature in Washington, D.C., in 1985. Four years later he was named associate general secretary of the United States Conference of Catholic Bishops (USCCB) and later became general secretary. From 1991 to 1993, Archbishop Schnurr served as the national executive director of World Youth Day 1993. This appointment led to a close working relationship with Pope St. John Paul II. Archbishop Schnurr was named bishop of Duluth, Minnesota, on January 18, 2001, and coadjutor archbishop of Cincinnati on October 17, 2008. He became archbishop of Cincinnati on December 21, 2009.

Bishop of the Diocese of Duluth, Minnesota

Coadjutor Archbishop of Cincinnati, Vicar General, Director of the Department of Pastoral Services

Appointed Delegate to the Special Assembly of the Synod of Bishops for America by Pope St. John Paul II

Appointed Delegate to the Congress on the Laity by James Francis Cardinal Stafford, President of the Pontifical Council for the Laity

Member: USCCB Committee on the Laity

Read Statements By The Archbishop