Letter to the Faithful in support of Senate Bill 103

As Catholics, we believe that all life, given by God, has immutable dignity that can never be taken away. This belief is challenged in many ways – one of which – the State of Ohio’s continued use of the death penalty as a form of punishment in our criminal justice system. But there is hope, the Ohio General Assembly has introduced two bills – HB 183 and SB 103 – which would end capital punishment in our state.

The following was released this week from the Catholic Conference of Ohio, to which I am the chair, in support of SB 103:

Testimony in support of SB 103:

Chair Manning, Vice Chair McColley, ranking Minority Member Thomas and members of the Senate Judiciary Committee, my name is Jim Tobin and I am an associate director with the Catholic Conference of Ohio. The Catholic bishops of Ohio urge your support for SB 103.

My advocacy on this issue began in 1978 shortly after Ohio’s death penalty law was declared unconstitutional, and the legislature began debate on what is now the framework for the current law.

About that same time, the bishops of Ohio issued a statement stating that more destruction of human life through capital punishment would not enhance people’s respect for the sacredness of the life of every person. Since then, our Conference has issued six more statements. Over the years our opposition has grown stronger and clearer.

We now unequivocally state that the death penalty should no longer be used – that it is inadmissible because it is an attack on the inviolability and dignity of the person – and that we should work with determination for its abolition worldwide.

Over the years I have had the privilege to join voices with the Ohio Council of Churches, the Jewish Federation, several interfaith coalitions and many evangelical churches in advocating an end to the death penalty. Our Conference was a founding member of Ohioans to Stop Executions.

Today, the Catholic Conference of Ohio is pleased to join the other witnesses in support of this re-introduction of a death penalty abolition bill. We thank Senator Antonio and Senator Steve Huffman for being the primary sponsors, while also thanking the nine additional co-sponsors. (Thank you Senators Antani and Thomas).  With each introduction, legislative support, as well as public support, for abolition has grown.

Faith traditions often reference “times” and “seasons.”  It is our hope that this is the time, and this is the season for ending the death penalty. Other states and other countries have found effective ways to protect society by justly punishing offenders through non-lethal means. Ohio should do the same.

We look forward to the day when the death penalty is only remembered as part of Ohio’s history.

Let us join together in praying that our state leaders will pass the current legislation ending the use of the death penalty and thanking those who are leading this important effort to end such a tragic affront to human dignity.

The Most Reverend Dennis M. Schnurr 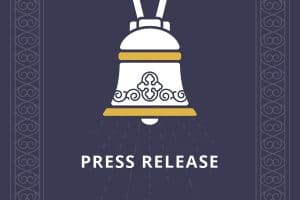 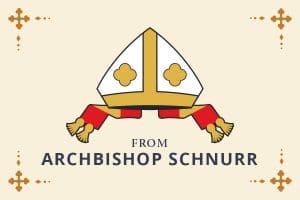 Letter to the Clergy and Faithful regarding Traditionis Custodes