Back to News & Updates 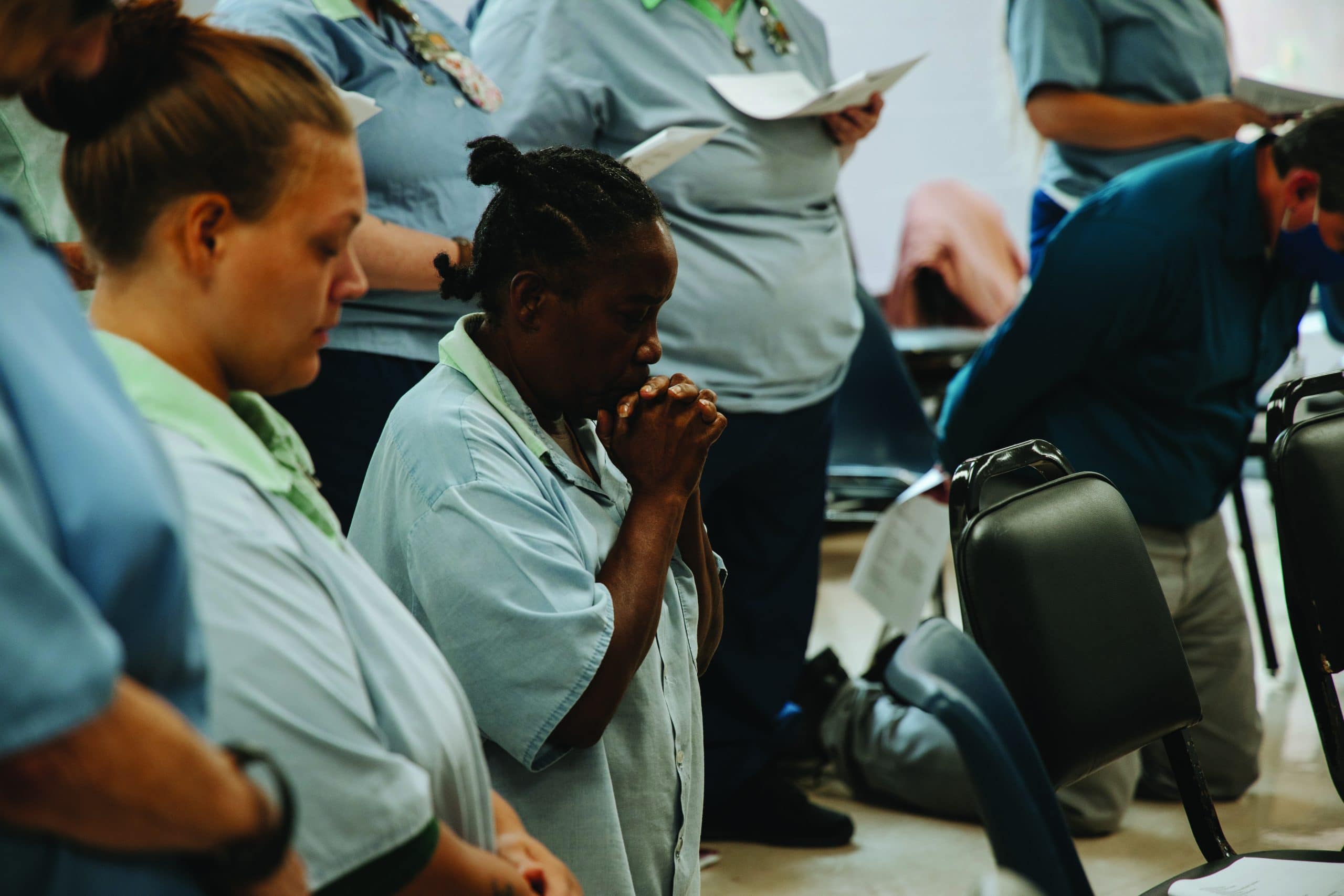 Bringing God to the Incarcerated

God is always with us, even behind bars, and the priests from the Archdiocese who are involved in prison ministry are committed to ensuring that the incarcerated know of His mercy, forgiveness, and love.

Father Jeff Stegbauer became acquainted with prison ministry during his studies at Mount St. Mary’s Seminary & School of Theology when he accompanied Father Tom McQuillen, then dean of men and an instructor at the seminary, on visits to Warren Correctional Institution (WCI) and Lebanon Correction Institution (LeCI). It didn’t take long for him to realize how deeply the inmates needed to hear “the message of God’s mercy and receive the sacraments in a culture that is very challenging.”

Ordained in 2019, Father Stegbauer now serves as parochial vicar for the Winton Wyoming Pastoral Region, comprised of Our Lady of the Rosary, St. James of the Valley, and St. Matthias the Apostle parishes. While parish ministry keeps him busy, his heart for the inmates keeps him returning to WCI monthly, if not more often. “What keeps me going back there is the men themselves,” he explained. “It’s a privilege and blessing to be able to enter into their lives when so much of society has written them off. My role in prison ministry is to help feed them, nourish them, bring Christ into their lives, and walk that journey of faith with them.”

Upon arriving for his visits, Father Stegbauer hears confessions from inmates who wish to go, sets up for and celebrates Mass, and stays for catechesis if time allows. He especially enjoys just chatting with the men before and after Mass. “It’s a matter of building up trust with them and letting them know you won’t abandon them,” he emphasized. “I’m there to let them know that we’re all sinners and we all need God’s mercy. I tell them, ‘let’s just cut to the heart of things. We’re all here to support each other as we strive to live the Gospel and share the common journey of becoming saints together.”

“I often forget that I’m even in the prison when I’m talking to the men because we’re all just striving to be the best Christians we can be,” he added. “We’re all sons of God, striving for holiness.”

In addition to parish and prison ministry, Father Stegbauer also serves as the chaplain and a board member for the Serenelli Project, which provides a strong Catholic community to individuals returning from incarceration or who simply have a criminal record.

Glenmary Father Aaron Wessman returned to the Archdiocese of Cincinnati and the Glenmary Home Missioners’ Fairfield motherhouse in 2019, after serving in a rural mission assignment. As he settled in his new role as the community’s vicar general and the country emerged from the pandemic, he began to search for a ministry that is pastoral and sacramental in nature. He learned about the Serenelli Project and met Marty Arlinghaus, director of Prison Ministry for the Archdiocese, and began visiting LeCI and the women at the Dayton Correctional Institution (DCI).

Father Wessman especially enjoys working with what he describes as “a wonderful group of volunteers” at DCI, including the lay leaders and Children of Mary, who work with the women. “It’s such a beautiful expression of the Church,” he said of celebrating Mass and providing spiritual direction to the inmates, and hearing confessions. “The people who are there really want to meet Christ in the sacraments. The women in Dayton sing as if they are angels in a heavenly chorus. Marty and the sisters have worked with them and they sing so wonderfully and with all their hearts.”

Ministering to the inmates is a tremendous blessing, he added, and he is humbled by the willingness of those in the prison system to embrace their faith and lead Christian lives. “I often wonder, if I was in their particular situation, what kind of person would I be?” Father Wessman said. “How would I be living my faith, taking up Jesus’ invitation to pray and bless and forgive my enemies? Their willingness to live as such extraordinary witness to the Gospel helps me walk away a better person. They really inspire me in my own discipleship.”

He also spoke of the sense of community that develops among the inmates, along with their courage. “Community is hard under any circumstances, even for us who have received years of training,” Father Wessman said. “Translate that to the prison system, where the people haven’t had formation, don’t have the social network or support system. Yet they are trying to join together as the Body of Christ. It’s a major risk at times to do that in a prison situation. For the inmates to be vulnerable, to support each other, and to share their faith, that takes courage.”

Arlinghaus praised the efforts of the priests involved in prison ministry saying, “The priestly ministry in the prisons is the greatest blessing for the incarcerated. For them to hear ‘I absolve you of your sins.’ brings such restoration, healing, and peace that it is palpable in the room. On the days that we don’t have a priest, you can see the disappointment in their eyes. This ministry would be a hollow shell of itself without the presence of our priests.”